Haney vs Gamboa: will Olympic champion ruin The Dream of WBC king? 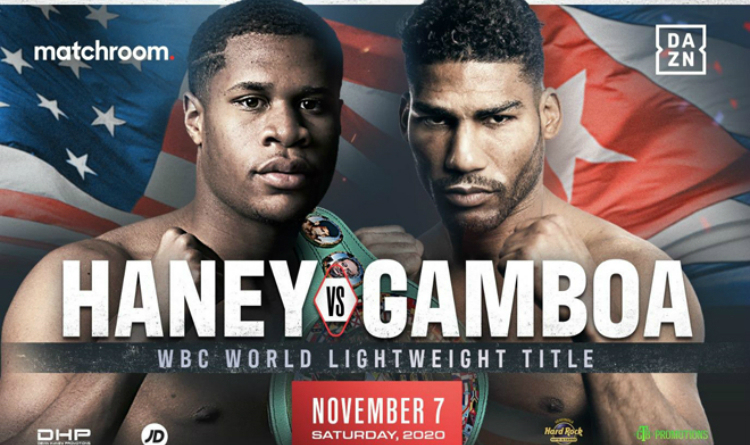 Haney started his professional career in 2015 and compiled an excellent record of 24-0. The Dream won the vacant USBA and IBF North American belts 3 years later. In 2019, he retained titles and earned 2 more belts – the WBA International and WBC. Devin successfully defended the WBC title against Alfredo Santiago in November 2019. He is currently ranked third at lightweight by The Ring.

Gamboa began competing as a pro in 2007. His record stands at 30-3. In 2008, Yuriorkis won 2 titles at super featherweight – the NABF, WBC International, and the WBO–NABO at featherweight. He added the WBA belt next year and retained it thrice. In 2013, Gamboa moved up to lightweight and beat Darleys Perez in a bout for the WBA title. He suffered the first career loss in a contest for WBO gold against Terence Crawford in 2014. He took on Gervonta Davis for the WBA title last year and lost by TKO.

Gamboa outperforms Haney on all key stats. He has more punching power and higher ability to take shots. Furthermore, Yuriorkis fought against stronger opponents and boxed almost twice as many rounds overall. Nevertheless, in his last fight against Davis, Gamboa landed only 6.5 strikes per round and his accuracy was very low – 13%. Devin hits the target, on average, 16.8 times per round with an accuracy of 29%. 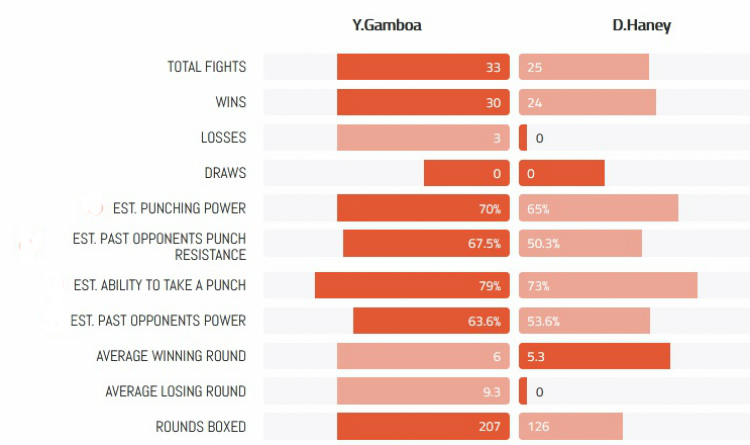 The Dream has a whopping 6-inch reach advantage. Given Gamboa’s stats in a contest against Gervonta, Devin lands 2.6 times more punches and almost twice as more accurate. Yuriorkis’s punching power is calculated on the basis of all bouts, therefore its precision is limited by large error margins. Moreover, Devin is 17 years younger, he is faster and has a better footwork. In the light of these factors, Haney has a great chance to win.

Devin’s finish rate is 62.5% and his average winning round is fifth. Gamboa lost only by stoppage (KO/TKO/RTD). Moreover, Yuriorkis heavily lags behind in terms of number of shots thrown and landed. That is why Haney will likely win by knockout. Devin beat 2 of 3 his last rivals before the eighth round. Thus, the bout will likely be stopped within 7 heats.