Glowacki vs Okolie added to the Joshua vs Pulev undercard 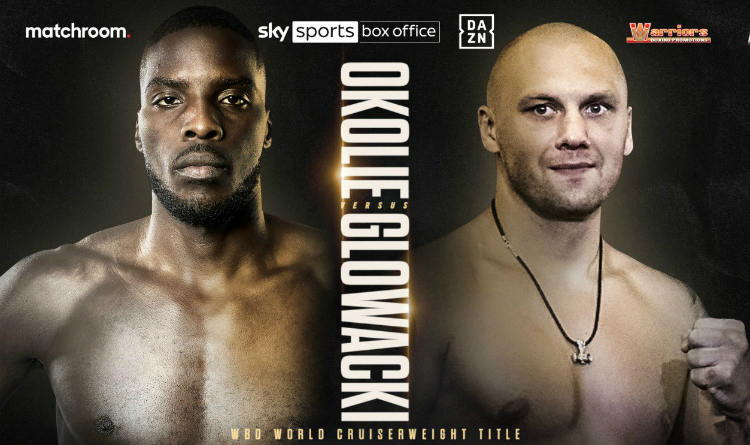 Krzysztof Glowacki and Lawrence Okolie will fight for the vacant WBO cruiserweight championship on the undercard of the Joshua vs Pulev boxing event.

Joshua will defend 4 titles at heavyweight

Glowacki started his professional career in 2008 and amassed a record of 31-2. In 2018, he beat Maxim Vlasov and won the vacant WBO interim cruiserweight title but lost the belt in the next bout against Mairis Briedis. Okolie is an undefeated boxer with a 14-fight winning streak, 11 victories by KO/TKO. He began competing as a pro in 2017 and earned the WBA Continental, Commonwealth, British and European cruiserweight titles in the period of 2018-2019. The Ring ranks Lawrence as the world’s seventh best active cruiserweight, while Krzysztof takes fourth place.

Okolie acknowledges the Glowacki’s achievements and says that he has never faced such a stronger opponent. However, Lawrence is sure of his victory and calls himself a “Britain’s next World Champion”. Glowacki cannot wait to get the WBO title back and is ready for a fierce battle. According to Krzysztof, his rival is strong but awkward and is definitely going to lose.

Nevertheless, most punters back Lawrence because he outperforms Krzysztof on key stats. For instance, The Sauce has a higher finish rate (79% versus Glowka’s 62%), a 7-inch reach advantage and overcomes the Polish in terms of punching power.

Anthony Joshua will defend the IBF, WBA, WBO and IBO heavyweight titles against Kubrat Pulev in the main event. AJ compiled a record of 23-1. He suffered the only loss to Andy Ruiz Jr. in 2019 but defeated the Mexican in a rematch and got back his belts. Kobrata has beaten 28 of 29 rivals and is on an impressive 8-fight winning streak. The event is scheduled to start at 02:00 PM ET on 12 December and will be live on DAZN and Sky Sports. The tournament is set to be held at The O2 Arena in London.