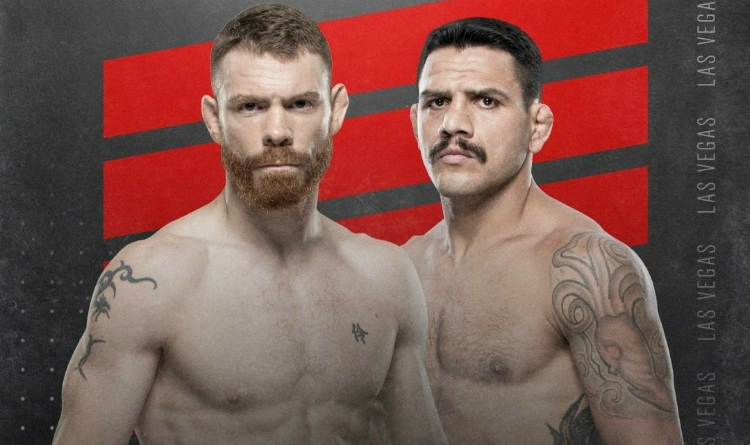 Dos Anjos debuted in MMA as a pro in 2004 and amassed a record of 42-13. He signed with the UFC in 2008 and won the promotion’s lightweight championship 7 years later. RDA defended the title in a bout against Donald Cerrone but lost it to Eddie Alvarez in 2016. RDA debuted at welterweight in 2017. Rafael took on Colby Covington in a bout for the interim UFC belt in 2018, but suffered a loss by decision.  He won only 1 of 5 last contests in the 170-pound division and moved down to lightweight. RDA is currently ranked 12th at welterweight.

Felder began competing in mixed martial arts in 2011. His record stands at 17-5. The Irish Dragon won the CFFC lightweight title in a clash against Marc Stevens in 2014, retained it in the next fight against Craig Johnson and transitioned to the UFC. Paul has won 9 of 14 contests in the promotion and has never become a title challenger. However, Felder earned 3 bonuses for the best performance and 2 “Fight of the Night” prizes. He lost to Dan Hooker in February 2020 and cut off a 2-fight winning streak. Paul takes seventh place at lightweight. 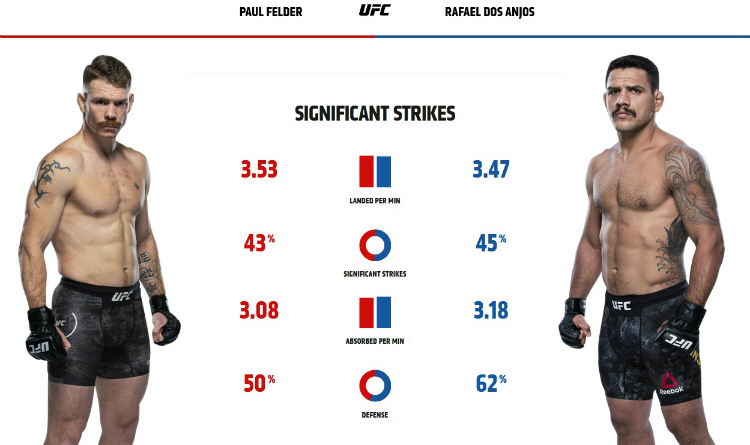 RDA outnumbers Paul’s takedowns almost 6 to 1 and makes twice as many submission attempts. 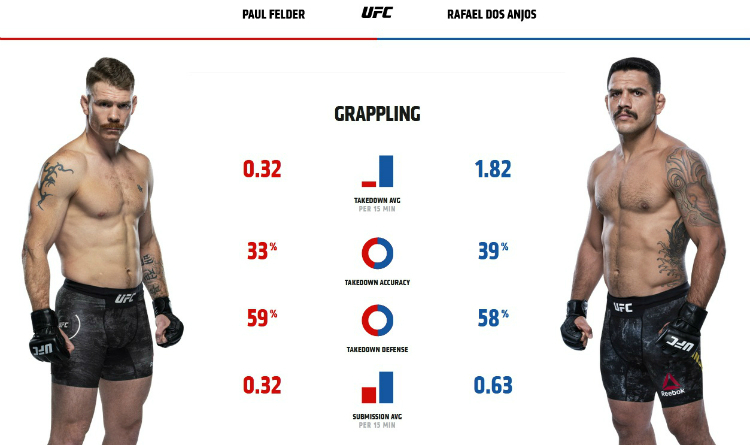 Paul earned black belts in karate and taekwondo, while Rafael received a black prajied in Muay Thai. Therefore, their fighting styles have similarities. Both athletes throw many kicks, elbows and knees and have fast hands. However, RDA hits the target more often and his defense is much better.

Rafael got a fourth degree black belt in BJJ and became a world Brazilian Jiu-Jitsu champion in 2003. Felder, on the other hand, has a purple belt in BJJ but he has not earned any medals in jiu-jitsu tournaments. Therefore, RDA has a great advantage in grappling. He effectively mixes wrestling and striking. That is why dos Anjos will definitely bring the fight to the canvas, if he wants to, no matter how good Paul’s defense is.

RDA outperforms his rival on all key stats (accuracy, striking defense and a number of takedowns landed). Also, Rafael has more motivation: he is looking forward to facing Conor McGregor and conquering the UFC lightweight title once again. While Felder is thinking about quitting his MMA career after the showdown. In light of these factors, dos Anjos has a great chance to be victorious.

RDA has a 52% finish rate (17% – by KO/TKO, 34% – by submission). However, Paul has been knocked out in only 1 of 4 bouts and he is famous for a strong chin. Moreover, The Irish Dragon has good grappling skills and has never been submitted before. Thus, the showdown will likely reach the time limit and Rafael will win by decision.