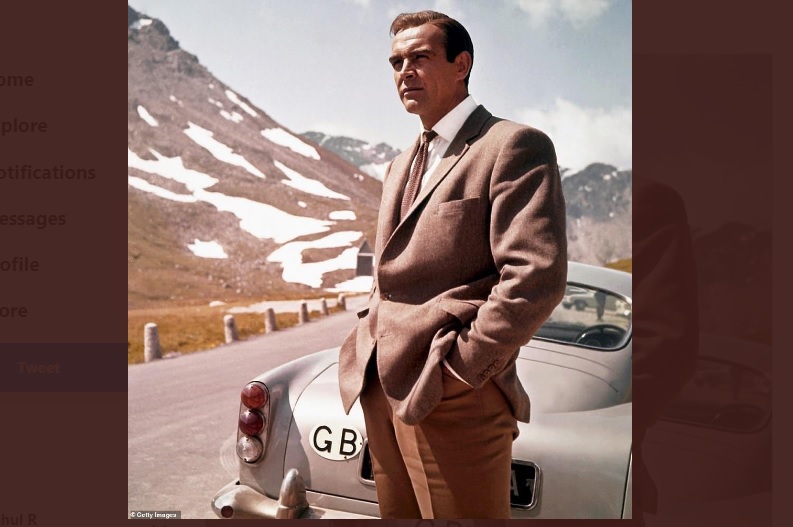 Drew McIntyre, former WWE champion, has paid rich tributes to Sean “James Bond” Connery who passed away recently aged 90. McIntyre has compared Connery to a legend, and this has got fans from across the world emotional.

Check out McIntyre’s tweets condoling the demise of Connery, below:

With McIntyre deriving inspiration from Connery and his works, this could be one of the main reasons for the resurgence of the superstar on WWE. Till Hell in a Cell, McIntyre absolutely dominated the championship scene on WWE RAW. McIntyre’s domination on RAW began from Wrestlemania 36 where he ousted Brock Lesnar as the WWE champion.

McIntyre even won 2020’s Royal Rumble for the right to face Lesnar for the WWE championship. At this juncture, McIntyre will have to wait till after Survivor Series to invoke his rematch clause for the WWE championship against Randy Orton. There is also a possibility that McIntyre would play some sort of a role during Orton’s faceoff against Roman Reigns at Survivor Series.

Nonetheless, McIntyre is one dominant superstar in the WWE despite his loss at Hell in a Cell. Now, with his tribute to Connery, fans across the world have also got emotional. Check out certain fan reactions to McIntyre’s tweets:

“To me he was always the coolest guy in the room, and I don’t mean just because he was Bond…  Any movie or interview I ever saw him in he was just… Bigger than the rest of us, a bigger presence…He held our attention effortlessly… And we loved him for it… Rest easy Sean,”

stated The Salamander Travels – a McIntyre fan (on Twitter).

“He was one of my heroes, and always took great delight in seeing one of his films. A pillar of awesomeness,”