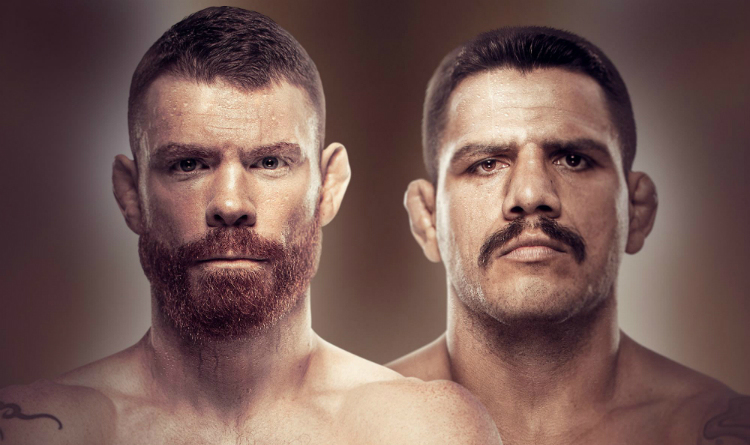 The UFC announced a list of contestants who earned bonuses at UFC Fight Night 182, held on November 14 in Las-Vegas.

A lightweight bout between Rafael dos Anjos and Paul Felder was declared “Fight of the Night” and the athletes received checks for $50k. The Irish Dragon showed excellent skills on the feet – he landed 134 of 226 shots, 98 of them were significant. Furthermore, Paul’s defense was outstanding – he denied 16 of 22 takedown attempts and took only 92 power strikes. However, Rafael controlled his opponent on the canvas in each round and outnumbered Felder’s shots in the first, third and fifth heats. As a result, RDA won via split decision (47-48, 50-45, 50-45).

After the showdown, dos Anjos called out Conor McGregor to fight for the UFC lightweight belt. RDA noted that only he and Notorious had been undisputed champions, while the rest top ranked contestants won the interim title. Obviously, the Brazilian meant Dustin Poirier, Tony Ferguson and Justin Gaethje. Therefore, if Khabib Nurmagomedov vacates the belt, a title bout between Conor and RDA makes perfect sense. But after the lightweight rankings are updated Rafael will take over Felder’s seventh place. Nevertheless, McGregor claimed on Twitter that he was ready to face dos Anjos after a contest against Poirier, scheduled on January 23.

Khaos Williams and Sean Strickland got bonuses for the best performance. Khaos took on Abdul Razak Alhassan in the co-main event. Williams knocked out his opponents at 00:31 of the opening round. Strickland landed a combination of heavy punches in the second heat and sent his rival Brendan Allen to the mat at 01:33 winning by TKO.