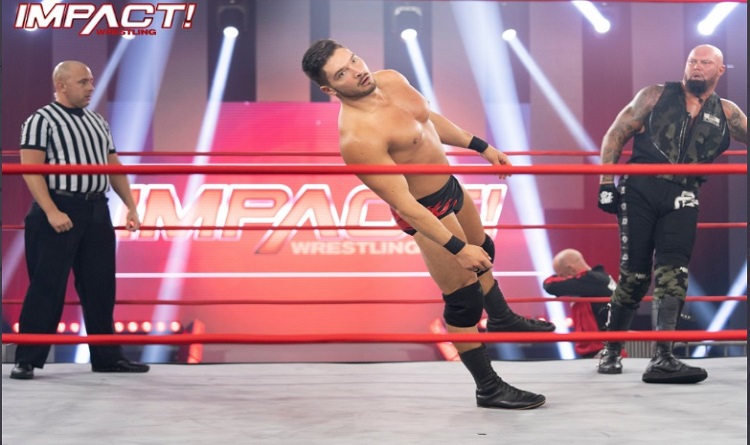 There was a “Leaning Tower of Pisa” moment during the bout between Ethan Page and Doc Gallows on Impact Wrestling. Page pulled off this stunt that also got netizens talking, that also ensured hilarious moments and elevated the match.

Firstly check out this Leaning Tower of Pisa moment, below:

This moment has even been dubbed by netizens as the “Leaning Tower of Page”. This was executed by Page when Gallows hit him with a kick; and the former before falling off leaned towards the back just on one side reminiscent of the Leaning Tower of Pisa.

Apart from this moment, the match had several other good ones such as Page almost pinning Gallows with a DDT, and Karl Anderson getting hit by Josh Alexander before being driven to the ring post to stop the latter from interfering in the match.

“Should have shaved his hair while he was out. He and his partner could be twins lol,”

In addition to this, Twitterati even compared the above moment with that of Micheal Jackson’s iconic dance move where he leans towards the front and gets back again ala Leaning Tower of Pisa.

Nonetheless, the Leaning Tower of Page is now a popular catch-phrase in Impact Wrestling now. Hence, it would not be an exaggeration to state that there could be more such “leaning” moments from Page in the near future; especially during his Tag Team championship defence with Josh Alexander versus Gallows and Karl Anderson on November 14.