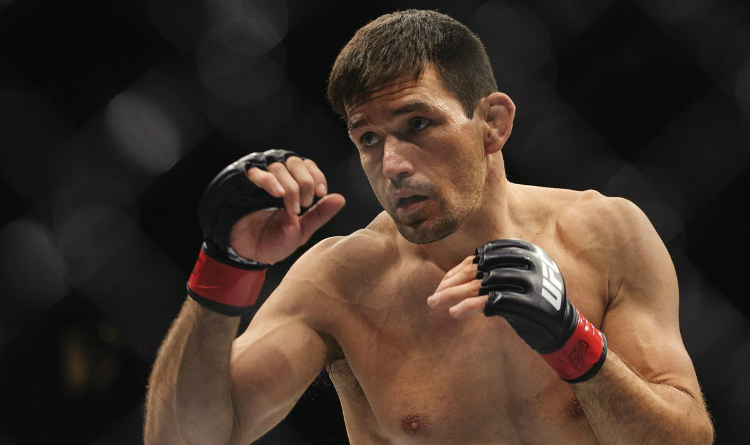 UFC veteran Demian Maia accepted a challenge from Diego Sanchez and revealed his plan to retire from the UFC after the next fight.

On November 5, Diego got drunk and challenged Conor McGregor, Dan Hardy and Maia on Twitter. Sanchez said that he was looking for a big fight against a legend but was ready to take on a young prospect as well. McGregor did not answer The Nightmare, Hardy advised him to visit a psychologist. Nevertheless, Demian liked the idea of meeting Diego inside the octagon. The Brazilian agreed to face him and wrote about it on Twitter.

Both athletes are coming off a loss. Sanchez dropped a unanimous decision to Jake Matthews in September. Demian was knocked out by title contender Gilbert Burns in the first round in March. Sanchez and Maia are experienced BJJ artists, therefore their bout will likely be an exciting grappling match. Diego has never tapped before but Demian’s submission rate is 50%. However, The Nightmare has a higher knockout rate – 33% versus Maia’s 11%.

Demian recently turned 43 and reflected on quitting MMA career. He has 1 more fight on the contract and wants to take on Diego Sanchez or Donald Cerrone. Cowboy has not reacted to Maia’s callout yet but he might accept the challenge. Cerrone’s clash against Niko Price resulted in a draw and he cut off a 4-fight losing streak. Thus, a contest against Demian makes perfect sense for Donald, who is looking forward to getting back on the victory track.