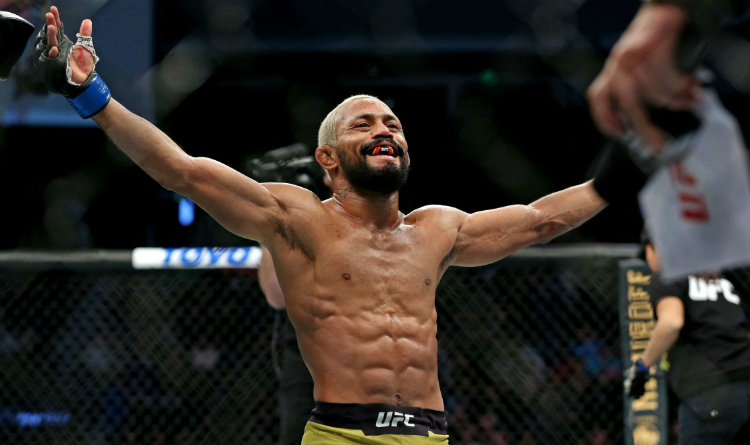 A flyweight title fight between Deiveson Figueiredo and Brandon Moreno resulted in a majority draw. Nevertheless, Daico retained his belt at UFC 256 on December 12.

Figueiredo and Moreno hinted at a possible rematch

The athletes opened up quickly and exchanged vicious shots at the beginning of the bout. In the first round, Deiveson and Brandon landed an equal number of significant strikes – 28. In the second heat, Moreno performed 2 takedowns but delivered fewer blows. Figueiredo brought the fight to the canvas in the third heat; however, he landed 16% fewer strikes. The fourth round was clearly Brandon’s – he scored 2 takedowns and hit the target more frequently. Nevertheless, in the final round Daico landed twice as many shots and made a takedown.

After the 25-minute battle, the champion got more points on the scorecards of all 3 judges. But in the third round, he was deducted a point for a low strike. As a result, 2 referees scored the clash 47-47, Derek Cleary gave victory to Deiveson 48-46. Figueiredo and Moreno set a record for most strikes in a flyweight showdown – 269. UFC president Dana White praised the contestants and handed them $50,000 bonuses for the best fight of the night.

In a post-bout interview, Moreno asked for a rematch. Figueiredo agreed to meet him inside the octagon in the near future. Deiveson believes that he will be able to beat Brandon in case he has a full training camp. Daico was supposed to defend the title against Cody Garbrand, but No Love got an injury and had to withdraw. Moreno stepped in as a replacement on 3-weeks’ notice.