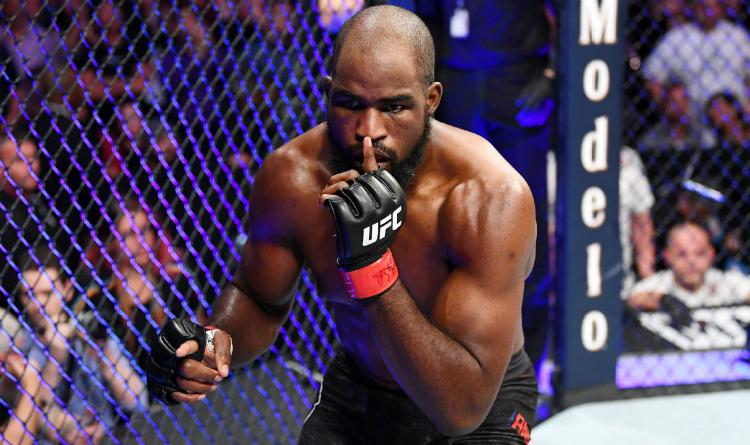 In his debut in Bellator, former UFC contestant Corey Anderson smashed Melvin Manhoef in the Bellator 251 main event on November 5.

Anderson wants to get a title shot in Bellator

Anderson left Manhoef no chances at all. In the first round of the bout, Corey landed 38 punches and absorbed only 1 shot. In the second heat, Overtime performed a takedown and showed impressive ground-and-pound skills – he threw 3 heavy elbows, cutting Melvin’s face and forcing the referee to stop the clash at 2:34.

Following his victory at Bellator 251, Anderson said that he is looking forward to facing light heavyweight champion Vadim Nemkov, who defeated Ryan Bader and won the belt in August. However, Phil Davis is considered the number 1 challenger. He beat his last 3 opponents and was ranked fourth at light heavyweight by Fight Matrix.

Nemkov and Davis met inside the octagon in 2018. At that time, Vadim won by a controversial split decision. Nevertheless, Corey is sure that the Russian champ will beat Mr. Wonderful in a rematch. Anderson is ready to fight with the winner of Nemkov vs Davis, but prefers Vadim as his next rival. Moreover, it cannot be excluded that Overtime will get a title shot against Nemkov right away after such an impressive debut.