Check out Vinesh Phogat’s intense training, to get India gold at the 2021 Tokyo Olympics 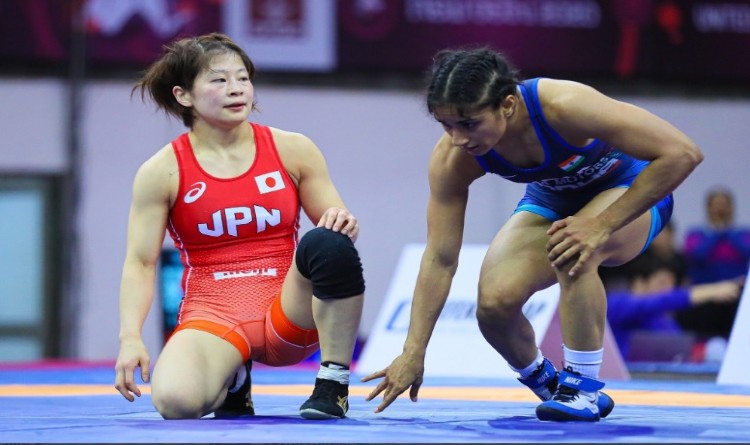 Vinesh Phogat – India’s medal hope at next year’s Olympics in Tokyo has begun training hard at the national camp. This training video has now gone viral on social media with fans already having begun rooting for her. In this video, Phogat can be seen doing wrestling stretches with a light dumb-bell; even her trainer is all praises for the lass from Haryana.

With the Olympics in Tokyo a good six months away, Phogat’s training at the national camps that has begun after quarantine period ended recently, has been capturing eyeballs. The Indian wrestler has also made it clear that her focus is on winning the gold medal at the Tokyo games. In this regard, Phogat has turned into a sensation and all eyes are now on her to go all the way to glory during the games. Check out some fan reactions, with regard to Phogat’s prospects at next year’s Olympics:

“I am waiting for your Olympic medal since you broke down in the last Olympics unluckily! My best wishes are with you always. You will definitely make our country proud next year in Tokyo. Keep working hard!”,

“The Phogat sisters have been at it for such a long time. Great going”,

For the uninitiated, Vinesh Phogat belongs to an illustrious family of wrestlers comprising Geeta Phogat and Babita Kumari – both of who represented India at the Olympics and even won medals for the country. Her uncle Mahavir SIngh Phogat is also a renowned wrestler whose life has been well represented in the Indian bollywood movie Dangal; with the role of Mahavir played by actor Aamir Khan. Phogat has also been awarded the prestigious Rajiv Gandhi Khel atna Award in 2020.