Caldwell vs McKee: will The Wolf defeat Mercenary in Bellator Grand Prix semifinal? 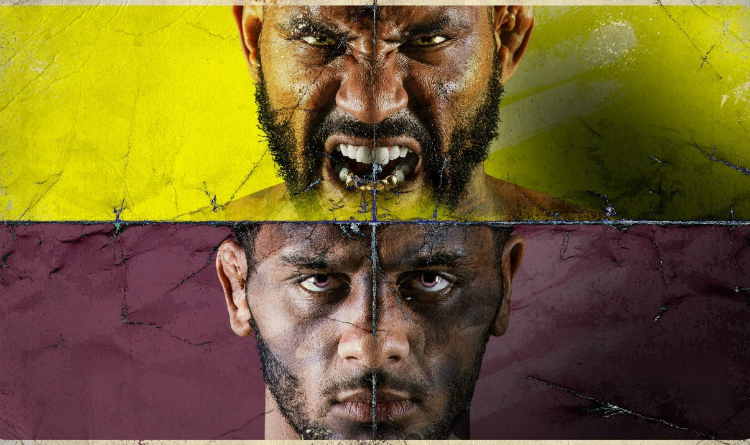 Darrion Caldwell and AJ McKee are set to headline Bellator 253 on November 19 in Connecticut. The athletes will fight in the first Bellator Featherweight Grand Prix (FWGP) semifinal.

Caldwell began competing in MMA as a pro in 2012 and amassed a record of 15-3. The Wolf made his debut in Bellator in 2014 and won the promotion’s bantamweight title 3 years later. In 2018, he submitted Leandro Higo and retained the belt, but was defeated by Kyoji Horiguchi in a bout for the inaugural Rizin bantamweight championship. Next year, Caldwell lost to Horiguchi in a rematch and failed to defend the Bellator title. Then Darrion moved up to featherweight to take part in the Grand Prix. He beat Henry Corrales in the FWGP opening round and Adam Borics in the quarterfinal.

McKee started his MMA career in Bellator in 2015 and compiled an outstanding record of 16-0. Mercenary has never been a title contender, however he defeated such dangerous opponents as Justin Lawrence, John Macapa and Pat Curran. In 2019, AJ knocked out Georgi Karakhanyan in the FWGP opening round and submitted Derek Campos in the quarterfinal. McKee set 3 records in Bellator: most submissions at featherweight (5), most finishes at featherweight (11) and most consecutive victories in the promotion (16). He is ranked sixth at featherweight by MMAjunkie. 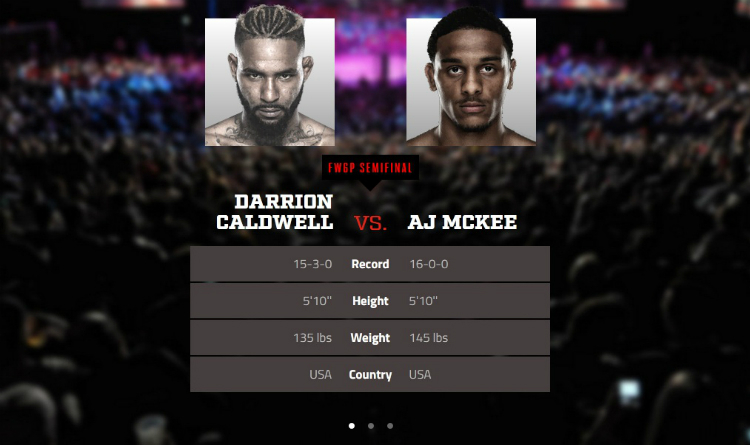 McKee trained in boxing, karate and kickboxing, while Caldwell did not coach in striking martial arts. Therefore, AJ will obviously have a great advantage on the feet. He throws much more punches and kicks, but hits the target 2% less often (32% versus Darrion’s 34% accuracy). Nevertheless, The Wolf’s defense is excellent as he takes only 20% of shots (versus Caldwell’s 40%).

Darrion is an NCAA Division I wrestling champion and has a blue belt in BJJ. AJ trained in judo, wrestling and BJJ, but he has never participated in wrestling tournaments. Thus, Caldwell is a more experienced grappler. He brings his opponents to the canvas more frequently, but McKee’s takedown accuracy is higher (100% versus Caldwell’s 66%). Both contestants have a flawless 100% takedown defense.

AJ is superior in striking and much more dangerous on the ground as he makes a whopping number of submission attempts. Moreover, he has never been taken down before. If Mercenary denies all efforts to bring the fight to the mat, he will annihilate Darrion’s forte and beat him on the feet. McKee has a 69% finish rate, but Caldwell absorbs few strikes and has great skills on the mat, which makes him difficult to be knocked out or submitted. Therefore, AJ will likely win by decision.