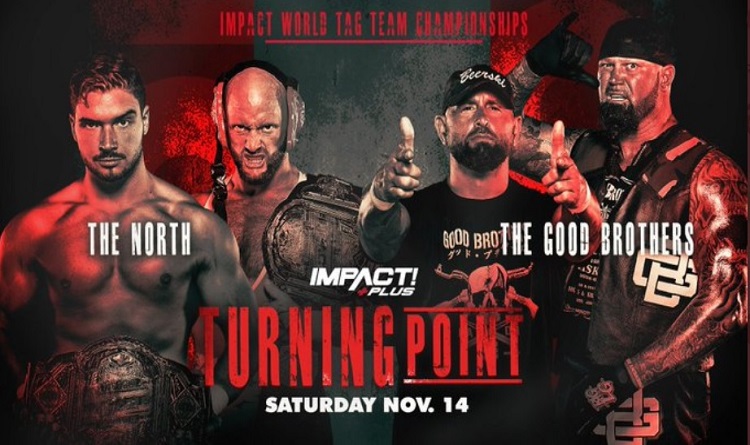 Impact’s Turning Point takes place on 14 November, and The North would be defending their championships against The Good Brothers. This duel was in the making from the time Gallows and Anderson set foot in Impact Wrestling early this year. With The Good Brothers’ impressive Tag Team Championship record mostly all through the world, it is expected by Impact Wrestling fans that the team would be over in this match against The North.

Both Gallows and Anserson, in their earlier WWE stints impressed; but were victims of stale booking as a result of which they were reduced to comical acts and in serving as sidekicks to AJ Styles. Their Tag championship reigns were lacklustre and didn’t come anywhere near their exploits in other promotions such as New Japan Pro Wrestling.

On the other hand, The North have also looked dominant; especially Ethan Page who has notched up impressive singles victories. Hence, it would not be an exaggeration to state that both Page along with Josh Alexander are booked as singles wrestlers starting from the X-Division to win championships. This move could potentially do good to the likes of both the teams of The Good Brothers and The North.