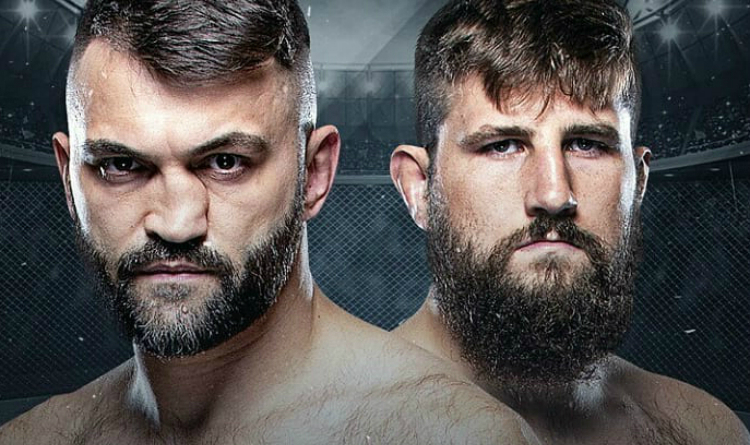 Heavyweights Andrei Arlovsky and Tanner Boser will face each other at UFC Fight Night 182 in Las Vegas on November 7. Will the legendary veteran stop the hungry prospect?

Arlovsky began competing in MMA in 1999 and transitioned to the UFC in 2000. The Pitbull won the UFC heavyweight title in 2005 and defended the belt twice. He left the promotion in 2008 and rejoined the UFC in 2014. Andrei never got a second title shot and was close to dismissal after a 4-fight losing streak in 2017. However, Arlovsky cut off a series of defeats and secured a contract with the UFC. His current record is far from ideal – Andrei won only 2 of 7 last clashes.

Boser started his MMA career in 2012 and became a Unified MMA champion 2 years later. The Bulldozer lost the belt to Tim Hague but managed to get Unified MMA gold back in 2016 and to defend it twice. Tanner signed a deal with the UFC last year and compiled an impressive record in the promotion: 3-1. Boser earned a bonus for the best performance in his last contest against Raphael Pessoa in July. 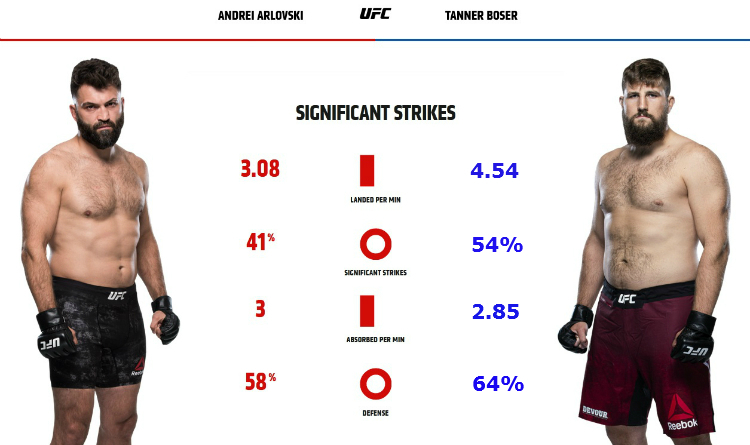 In contrast to his opponent, Tanner has never performed takedowns and submission attempts in UFC fights. 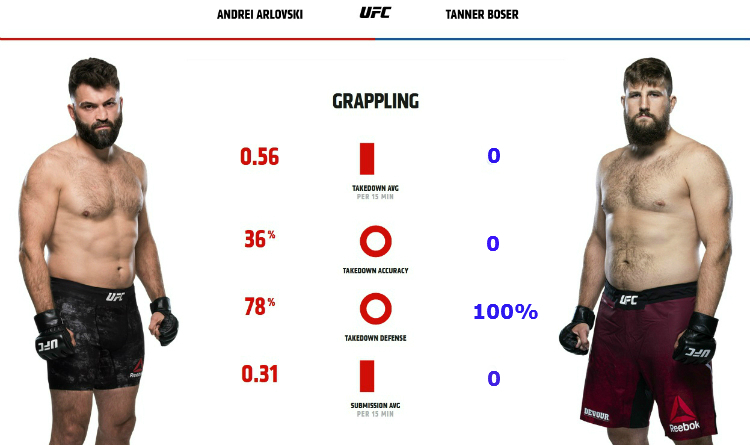 Tanner earned a black belt in karate, while Andrei has no ranks in striking combat sports. Thus, The Bulldozer will have an advantage on the feet. He is a more accurate athlete and his overall defense is better. Moreover, the Canadian has good footwork – he moves as fast as a middleweight and avoids brawls and heavy blows. The Pitbull is slower but has a slightly higher knockout rate – 59% versus Tanner’s 53%.

Arlovsky is an international master of sport in sambo and has a brown belt in BJJ. Boser received a purple belt in BJJ. Thus, the Belarusian is a more experienced and skillful grappler at least on paper. But The Pitbull rarely initiates wrestling exchanges, his rival prefers fighting on the feet as well. That is why their bout will likely be a striking match.

The Bulldozer is 12 years younger and outperforms his opponent on striking stats. Furthermore, the Canadian has a flawless takedown defense. Therefore, Andrei has little chance to bring the contest to the canvas, in case he tries to. Given these factors, Boser is destined to win the bout. Tanner knocked out 2 rivals this year, while Andrei suffered the last loss by KO. Thus, Boser will likely defeat him by KO/TKO.