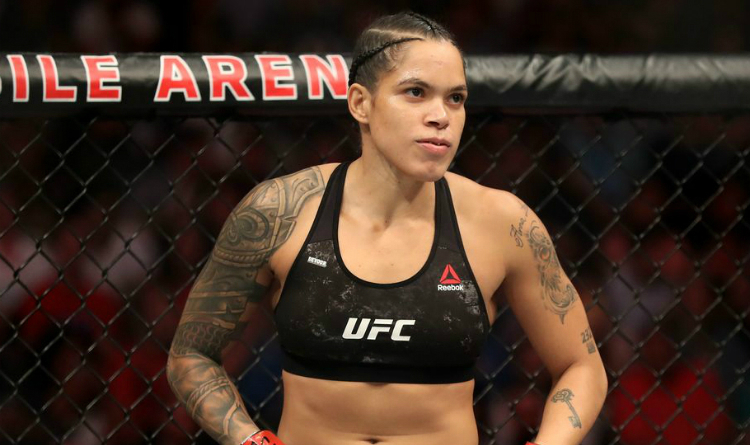 Bantamweight and featherweight champion Amanda Nunes withdrew from a title fight against Australian Megan Anderson scheduled at UFC 256 on December 12.

Nunes was supposed to defend the featherweight UFC title against Megan but the showdown was cancelled after The Lioness had been out of the event due to undisclosed reasons. According to Anderson, Amanda has a serious medical issue. Megan wished the champion fast recovery and claimed that the contest would take place in 2021.

Russian bantamweight champion Petr Yan is going to face Aljamain Sterling in the UFC 256 main event. No Mercy won the belt in July and will defend it for the first time. Petr is currently riding on an outstanding 10-fight winning streak and has never been defeated in the UFC. He dropped a single career loss in a bout against Magomed Magomedov in 2016.

Sterling began competing in MMA in 2011 and compiled a record of 19-3. In the period of 2018-2020, he won 5 consecutive fights and was ranked first at bantamweight. Funk Master earned a bonus for the best performance in the last clash against Cory Sandhagen. He choked The Sandman at 1:28 of the first round and was awarded the “2020 June Submission of the Month” prize by MMAJunkie.

Both athletes have their strengths and weaknesses. Petr lands 31% more significant strikes per minute but Aljamain absorbs 40% less shots. Sterling performs takedowns 29% more frequently, however No Mercy has much better defense – he blocks 88% of attempts versus AJ’s 51%. Nevertheless, Yan has opened as a sizable favorite and odds slowly turn in his favor as most punters back him.