What helped Jayson Tatum to get a $195 mln deal? 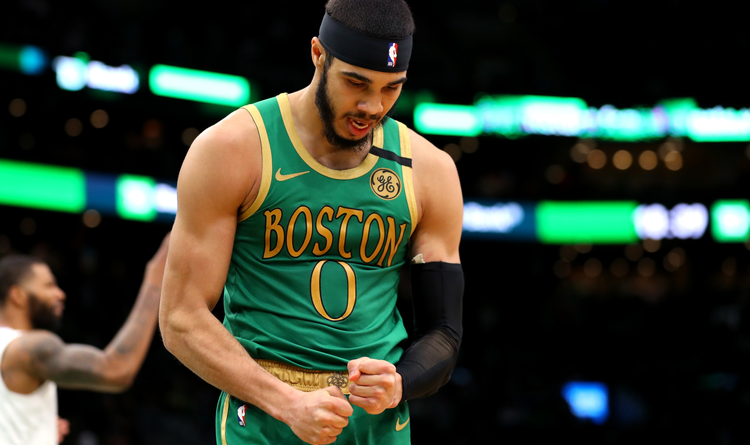 The Boston Celtics are one of those NBA teams, who manage to get very close to the Finals for several years in a row and can not lose their star players a month before the start of the new season. Gordon Hayward left the Celtics to join the Charlotte Hornets, but since Jayson Tatum decided to stay in Boston for 5 more years, the situation is not as bad as it looks.

Will the Celtics succeed during the next season?

The Boston Celtics had a really tough time after the beginning of free agency on November 20. Gordon Hayward made a decision to refuse $32.4 million and become a free agent, leaving the Celtics in a very unstable position. It is not the first time for Boston to lose an important part of the roster, in 2019 the Celtics lost Al Horford and Kyrie Irving and had to rebuild the team to become ready for the complexities of the new season. There is a similar situation this year, that is why everyone expected the Celtics to offer Jayson Tatum an extension. The franchise won’t lose such a progressive player, who is expected to rise to elite caliber in several seasons. Tatum came to Boston after being picked in the 2017 NBA Draft and is still a young player and Jayson’s athleticism matches his playing style perfectly. The 22-year-old is averaging 23.4 points, 7 rebounds and 3 assists per game.
Celtics and Tatum agreed to sign a five-year, $195 million deal with a player option after the fourth season. The rookie max is $163 million, but it is going to increase to almost $200 million with All-NBA escalators.

ESPN’s Adrian Wojnarowski reported about the deal on Twitter:

The deal seems to be profitable for both the team and the player. Jayson Tatum is one of the best players to receive the full max extension this year. He is full of potential and is expected to be at his peak very soon, giving the Celtics at least several years of stability and an opportunity to build a Championship-caliber team around their rising star. Upcoming seasons will show how successful the results of the $195 million deal will be.