The latest update on the 2020 NBA Free Agency 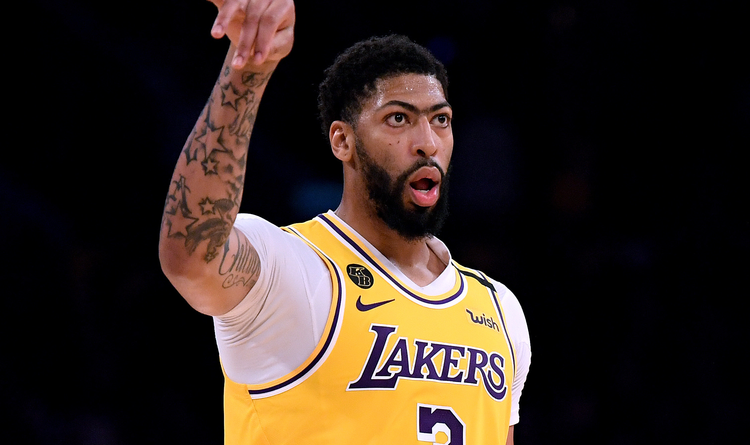 NBA free agency is often considered to be one of the most important offseason events. It is not just an interesting topic for fans and experts to discuss, free agency strongly influences the following season. It is time for the teams to sign up free agents, improve their roster, and prepare for the upcoming season. And as the event is full of unexpected moves and often involves extremely popular athletes, there are always rumors and bold predictions around it.

The 2020 NBA free agency is kind of chaotic and full of unexpected moves. Some star players have changed teams and some surprisingly big deals have been signed since the beginning of free agency on November 20.

Gordon Hayward, who was expected to stay with the Boston Celtics for the last year of his contract, decided to decline his $34 million player option to become an unrestricted free agent. Since the player is still recovering from a Grade 3 ankle sprain, experts believed that staying in Boston and getting $34 million was the best variant for Hayward. That’s why everyone was surprised when Gordon Hayward signed a $120 million, 4-year contract with the Charlotte Hornets. Michael Jordan’s team seems to have a tendency to overpay their newcomers, but Hayward might be the right player to lead the Hornets, who extremely need an experienced All-Star athlete.

News about Montrezl Harrell signing a 2-year $19 million deal with the Lakers became one of the biggest free agency surprises this year. After spending the last three seasons with the Los Angeles Clippers and performing better than ever, Montrezl Harrell will play for the Lakers in 2020-21 and the Clippers didn’t even try to stop him. The Clippers lost their Sixth Man of the Year, who is often considered the most effective bench player in the NBA. Insiders expect Harrell to be an excellent asset for the Lakers during the 2020-21 NBA season.

Jerami Grant is another unexpected move and a huge loss for the NBA’s Denver Nuggets. Grant is a young player full of potential and talent, Nuggets fans were shocked after the announcement of the 3-year $60 million with the Detroit Pistons. $60 million is a great offer for the 26-year-old, who is still improving his playing skills to become a two-way threat. Now Jerami Grant has a career-changing chance to become one of the main players, who form the team’s core.

Bogdan Bogdanovic became a subject of discussion not just because of free agency rumors. The NBA’s Milwaukee Bucks and Sacramento Kings had arranged a deal before free agency started and the League opened an investigation. Eventually, Bogdan Bogdanovic signed a 4-year $74 million deal with the Atlanta Hawks. The franchise is expecting Bogdanovic to be a great fit because of his great offensive skills and great fill for the game. An experienced guard is believed to be exactly what the Hawks need.

4 years $85 million is the best deal an undrafted player ever got. Fred VanVleet resigned with the Toronto Raptors and will play for the franchise for several more seasons. VanVleet, who showed incredible professional growth during the last couple of seasons, is now an irreplaceable part of the team. He is a guard with great offensive skills, who averaged 17.6 points, 3.8 rebounds, and 6.6 assists per game in 2019-20 and is expected to get even better during the forthcoming NBA season.

Veteran center Marc Gasol became one more unexpected Lakers’ move. Gasol was expected to return to Spain to stay close to his family during the coronavirus pandemic. Everyone believed that the athlete will either go to Spain and continue playing in the Euroleague or resign with the Toronto Raptors, but the Los Angeles Lakers announced signing up a 3-time All-Star to help the team to protect the title during the upcoming 2020-21 NBA season. Marc Gasol is really excited about playing shoulder to shoulder with LeBron and his team.

Dwight Howard surprised fans with a publication on Twitter,  he announced returning to Los Angeles to join the Lakers. However, this information happened to be fake. Howard deleted the publication and signed a contract with the Philadelphia 76ers for the veteran minimum exception of $2.6 million. Dwight Howard made a statement in which the 17-year veteran spoke about his intentions to do everything possible to lead the team to victory.

Even though Howard is known for having difficult relationships with his teammates and coaches, he has great experience to share with his new team.

The Lakers did their best to make the team even more dangerous than during the last season. Signing up Montrezl Harrell, Marc Gasol, and Dennis Schroder, the Lakers are ready to defend the title during the next season.

The Hawks did a great job too, signing up experienced veterans like Bogdan Bogdanovic, Rajon Rondo, and Danilo Gallinari. The Hawks now have a lot of great athletes and just have to combine them in the right way if they want to compete with the Lakers, the Warriors, and other potential 2021 Champions.

Unexpectedly, the Boston Celtics could be called winners too. Even though they lost Gordon Hayward and got nothing in exchange, the Celtics are stronger than they were last year.

Tristan Thompson, Jeff Teague, and Enes Kanter are the franchise’s newcomers, who are expected to support young superstar Jayson Tatum, who got a rookie max contract extension and will stay in Boston for 5 more years.

There are some teams, that were not so lucky and can be called losers of the 2020 NBA free agency. These teams are the Los Angeles Clippers, the Charlotte Hornets, the Milwaukee Bucks, and the Toronto Raptors. Unexpected moves can sometimes become fatal mistakes.

The Los Angeles Clippers’ only significant move during free agency was signing up Serge Ibaka. Their situation seems to be quite bad at least because the Lakers are becoming stronger and stronger. The Clippers even let Montrezl Harrell sign a deal with the Lakers. Losing the most effective bench player in the NBA to your main rival is not a very smart move.

The Hornets’ owner Michael Jordan tends to overpay his players. This year such an overpaid athlete is Gordon Hayward, who will be paid $30 million per year. Getting such an offer right after two severe injuries is very lucky for Hayward but not the best move for the Hornets. Signing Gordon Hayward and picking LaMelo Ball is very risky, but might help the Hornets to rise from the bottom of the standings.

The Bucks did not take a single serious step to come closer to the NBA Finals in 2020-21. As reported, The Milwaukee Bucks are now under the NBA’s investigation after trying to make a deal with the Sacramento Kings before free agency started. As a result, the Bucks didn’t get Bogdan Bogdanovic and are now suspected of committing a tampering violation.

The Raptors didn’t have a very successful free agency either. Losing Serge Ibaka to the Clippers and Marc Gasol to the Lakers, the Raptors are going to have some difficulties getting close to the next season’s Finals. Signing Aron Baynes might make the Raptors stronger, but it will be not enough to defeat top teams.

All in all, the 2020 NBA free agency was full of surprises and season-changing moves. The main intrigue at the moment is Anthony Davis’ decision about his new contract with the Lakers.

The upcoming season will start on December 22 and is expected to show if the teams made the right choices during free agency.