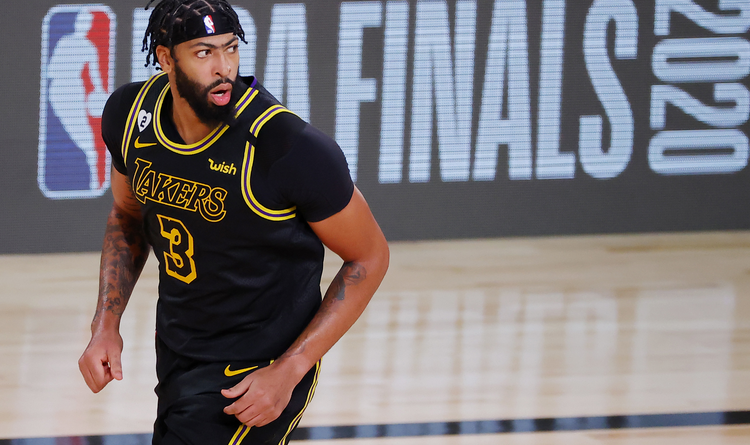 The Los Angeles Lakers’ Anthony Davis, who played shoulder to shoulder with LeBron James to lead the Lakers to their 17th title during the NBA 2019-20 season, is officially declining his $28.7 million player option and becoming a free agent. Experts believe Davis is going to stay in Los Angeles but with a new and more profitable contract.

Are there any chances Davis might leave the Lakers and LeBron?

Davis is a highly professional 27-year-old Lakers’ Center and Power Forward. He joined the team in 2019, became wonderful support on the floor for LeBron James and won his first NBA Finals. Two superstar players led the team to become NBA 2019-20 Champions. Before signing with the Los Angeles Lakers, Anthony Davis had a rather long basketball career. He was picked by the New Orleans Hornets(Pelicans since 2013) in the 2012 NBA Draft. He has a 7-season history with the Pelicans, during this time Davis got numerous awards: All-Rookie 1st Team, All-Star MVP, All-Defensive 2nd Team twice, All-Defensive 1st Team, All-NBA 1st Team three times. After becoming a Laker in 2019, Anthony Davis managed to put up a 40-point and 20-rebound performance just in 30 minutes, setting an NBA record, and became NBA Champion for the first time in his career, All-Defensive 1st Team for the second time and All-NBA 1st Team for the fourth time.

All in all, are there any chances Davis might leave the Lakers and LeBron right after winning the first NBA Championship in his career?

There is almost no doubt Anthony Davis will be with the Lakers next year, experts believe that declining his player option is just a smart financial move. Davis is having great contract options: his 2020-21 contact will go from $28.7 million to $32.7 million, the Lakers might give him the choice to sign a one-year deal with a player option for 2021-22 or a two-year deal with a player for 2022-23. A one-year contract will give Davis an opportunity to move along with LeBron. At the same time, a two-year deal seems more likely because Davis is going to become a 10-year NBA veteran in 2022 and will have the opportunity to sign for 35% of the salary cap.

The contract and other details will be announced after the opening of free agency on November 20.