Stephen A Smith: “The Nets can void Kyrie Irving’s contract” 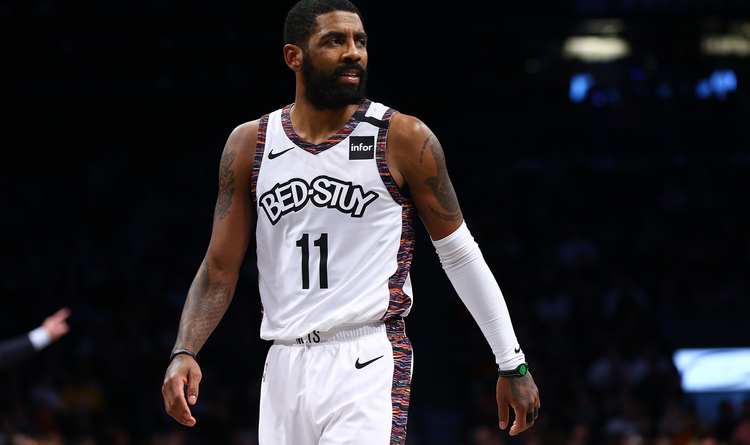 Kyrie Irving remains in the spotlight of the press. Brooklyn Nets point guard is not playing for his team and is currently under the League’s investigation for violating health and safety protocols. Stephen A Smith says that Irving may lose his contract for missing games for no reason.

James Harden is not the only NBA player who surprises everyone with unexpected statements and actions. Kyrie Irving was criticized by NBA athletes, experts, and fans for his refusal to communicate with the press and the scandalous statement that reporters are ‘pawns’. But that’s not all.

Kyrie left his team and missed several games without any explanations. Since he didn’t even inform Steve Nash, who is trying to be a head coach for the first time in his NBA career, Irving is letting his entire team down by leaving the Nets without one of their best players.

Although Steve Nash says he understands Kyrie’s absence and is confident that the athlete will soon be playing shoulder to shoulder with his teammates, Irving doesn’t devote much of his time to basketball. He was spotted at a family birthday party, and when the Brooklyn Nets were playing against the Denver Nuggets (122:116), Irving was spending his time in a Zoom conference with Manhattan district attorney candidate Tahani Aboushi. Since Irving and Durant are no longer an example of a strong friendship between teammates, it is clear that Kyrie’s actions can spoil his relations with his own team. Such irresponsible behavior is not typical of the League’s top players, and the star point guard should think about his team a little bit more.

“In reality, Kyrie Irving is going to be the third option on this team. I was told yesterday that if he keeps this up, the Brooklyn Nets will have the power to void his contract. I don’t think Kevin Durant’s going to let something like this happen. But this is a risk he is running.”

But not joining the Nets to help the team isn’t the only problem. Irving attended the family birthday party without a mask, violating the NBA’s protocols.

The NBA’s rules are very strict, especially the health and safety protocols, which are designed to protect players and employees from the coronavirus. Kyrie Irving is now under the League’s investigation and might be punished for breaking the rules. If Kyrie misses any games due to a violation of the NBA’s health and safety protocols, he would lose more than $460.000 per game.

It is still unclear if Kyrie Irving is going to join the Brooklyn Nets this season. There is a chance that James Harden and Kevin Durant will have to play as a superstar duo to lead the team without Kyrie. In this case, two top offensive players will be enough, and the Nets’ chances of reaching the NBA 2020-21 Finals will depend on the team’s defense.