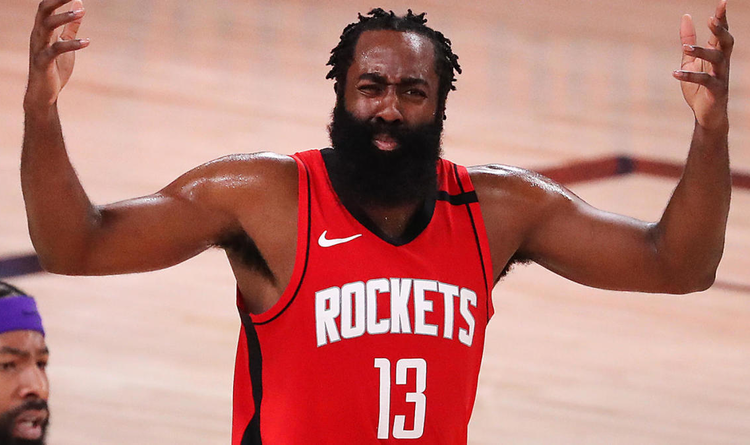 James Harden, who is, by all means, a unique basketball player, officially wants out of the Houston Rockets. As the franchise is clearly unhappy to lose their superstar and best player but has to accept his decision, they are most likely to sign a deal that benefits them, not Harden.

James Harden’s long journey with the Houston Rockets began when the player was traded from the Oklahoma City Thunder in 2012. He quickly became the face of the franchise, the Rockets’ star who led the team to the playoffs 8 years in a row, making an All-Star appearance every year. Harden is the only NBA player to score at least 34 points, 7 assists and 6 rebounds two years in a row. After James Harden was voted to become the Most Valuable Player in 2018, it was clear that such a talented player won’t stay with the Rockets for a very long time. Even though Harden is obviously an elite player at his peak and needs a stronger team to win the NBA Championship, the Rockets were trying to convince their star to stay.

“The sense I get from the Rockets is that their ambition, their goal, their hope is no longer about salvaging the relationship with James Harden and kind of getting him on board. There’s a realization, you know, his mind is made up. He wants out and there is a determination to say, ‘Okay, we get it’. Harden doesn’t get to say where he’s traded and basically force the Rockets to take a package that is 60 cents on the dollar for a perennial MVP candidate. I think what the Rockets are doing right now is they’re prepping for the post-Harden rebuild,”

Several teams like the Philadelphia 76ers, the Chicago Bulls, and the Boston Celtics might be interested in getting Harden, but the player himself wants to join the Brooklyn Nets to reunite and play shoulder to shoulder with Kevin Durant and Kyrie Irving. With both James Harden and Russell Westbrook willing to leave Houston, the Rockets have to decide how to deal with losing two best players at one time. As the rumors are still spreading, the results will be revealed very soon, NBA free agency is starting on November 20.