Riyanshu Negi became the 4th NBA Academy India male student ever to study and play in the U.S. 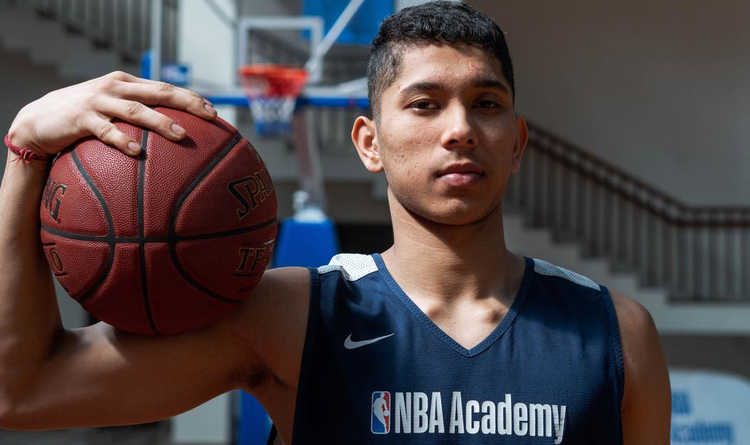 An excellent example of how quickly Indian basketball has developed in recent years: after signing with DME Sports Academy Riyanshu Negi became the fourth NBA Academy India male student ever to receive a sports scholarship in the United States. The young athlete revealed his future plans and expectations.

NBA Academy India is an elite training center for young Indian basketball players, it provides talented prospects with wonderful training facilities and opportunities. While NBA Academy students and graduates join local and national teams, the most talented ones receive scholarships abroad. They study and improve their basketball skills in different countries, mainly in the USA, where basketball is played at the highest level. Every Indian player spotted by American Basketball Scouts is a big breakthrough for the basketball industry in the country. As for December 2020, there are 4 male student-athletes from NBA Academy India currently playing and studying in the United States. The first young Indian prospect to study and play abroad was Jagshaanbir Singh: after becoming one of the Academy’s first 21 students, he received a scholarship from Point Park University. After that, just several months ago,

The fourth male student-athlete is Riyanshu Negi, who recently signed a contract with DME Sports Academy, a prep school in Daytona Beach, Florida. The 18-year-old player from Roorkee, Uttarakhand has come a long way from playing at Delhi Public School and being a state team member to reaching NBA Academy India and receiving a sports scholarship from DME Sports Academy. The young shooting guard had to work on his physical shape, that is why strength and conditioning coach Todd Gates helped Negi to gain muscle mass and become one of the Academy’s most promising players. Riyanshu Negi himself is very excited to continue his basketball journey, the athlete sees this new stage of his life as a great opportunity and a new challenge:

“This opportunity with DME Sports Academy will be a new challenge for me, and I am optimistic that it will add new dimensions to my game. I would like to thank the coaching staff at NBA Academy India and my fellow teammates who pushed me to become a better version of myself every day.”

Riyanshu Negi has set himself the task of getting to college basketball after graduating and his NBA Academy Games and Asia Pacific Camp experience seems to be an excellent base for further development.