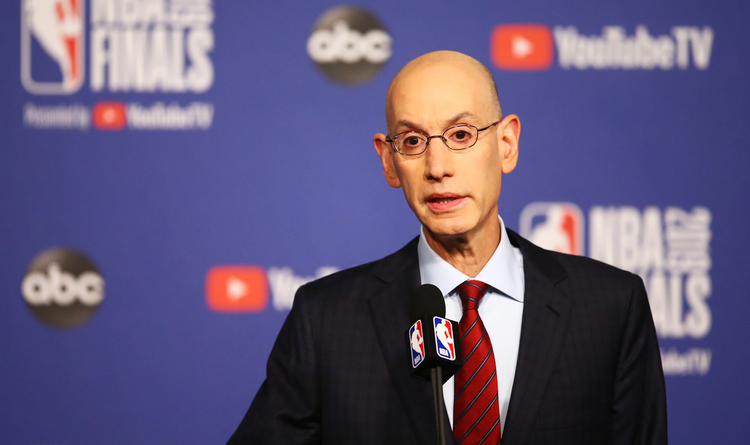 The upcoming 2020-21 NBA season will come sooner than expected. The NBPA board of representatives voted to approve Adam Silver’s idea to start a 72-game regular season on December 22.
2020 NBA Draft and free agency opening dates are set, players’ salaries are still being discussed.

National Basketball Players Association and the NBA Board of Governors discussed the pre-Christmas beginning of the 2020-21 NBA season, The Athletic’s Shams Charania reported on his Twitter:

“The National Basketball Players Association has voted to tentatively approve NBA’s proposal for the 2020-21 campaign starting on Dec. 22 and playing 72-game season”

Some players wanted the season to start on January 18, Martin Luther King Day to get more rest between two seasons. With the pre-Christmas start, the 2020 Draft will be held on November 18, the opening of training camps is scheduled for Dec. 1. NBA free agency potential dates are November 20-21.

NBPA and the NBA Board of Governors are still working on players’ salaries. Escrow withholding is expected to rise to 17-18 percent for the next two seasons. The league had very low income during the previous season, early start, and Christmas week are expected to rise the ratings and normalize the league’s financial situation.