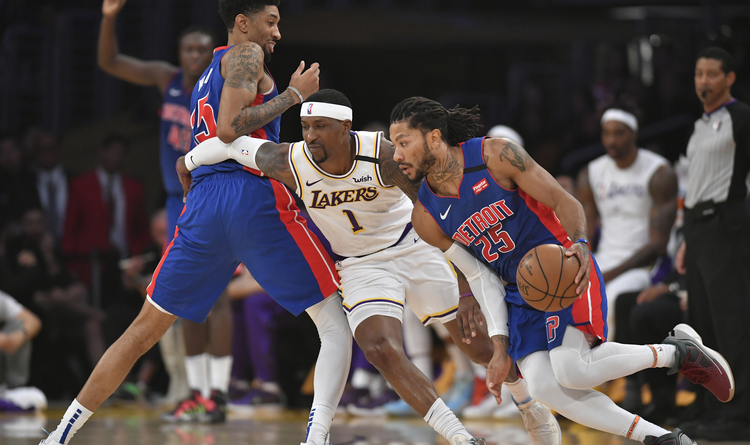 Since the NBA offseason will end in a few days, eight NBA scouts and executives took stock of all the events and chose who had the best and the worst offseasons before the 2020-21 season. While the majority chose the Lakes as winners, it was decided that the Detroit Pistons and Houston Rockets had the least fortunate pre-season preparations.

NBA offseason is an important time for every team in the League. Any franchise might improve the roster with new players and young prospects or lose every chance of getting close to the NBA Finals next season thanks to not very smart moves and decisions. The League’s offseason before the 2020-21 season was the shortest in NBA history and full of unexpected and unique contracts and changes. A few days before the start of the upcoming season eight scouts and executives chose which teams had the best and the worst offseasons this year.

It wasn’t really a big surprise when half of the participants decided that the Los Angeles Lakers had the best offseason. The 2020 NBA Champions signed new contracts with their superstar players LeBron James and Anthony Davis, got Montrezl Harrell, who is known as one of the League’s best bench players, and improved the defense by signing a very profitable contract with Marc Gasol. Several smart moves are expected to help the Lakers to have a fairly high chance of making it to the Finals next year and possibly winning one more title.

While the Lakers were improving their roster, several teams cannot be proud of very successful preparations for the new season. The Detroit Pistons and the Houston Rockets each got 3 votes and became two teams with the worst 2020 offseasons. The pistons lost Christian Wood, replaced him by signing an unexpectedly big deal with Jerami Grant, and got Isaiah Stewart and Sekou Doumbouya. The team has enough big men and both young newcomers will not have a lot of opportunities to improve and show their talent. The franchise’s strategy is still unclear and one of the NBA executives told his opinion about the Pistons’ offseason:

“[The Pistons], to me, were the worst offseason by far. I don’t know what they are doing at all. I know they want to build long term, but I have no concept of what they are doing. If they hit on [Killian] Hayes, and [Isaiah] Stewart and [Saddiq] Bey are good, none of this other s— matters that much.”

The Houston Rockets were another team that made more headlines this offseason than usual: exchanging Russell Westbrook for John Wall, signing up Christian Wood, letting Robert Covington leave, and trying to keep James Harden, who clearly doesn’t want to stay with the team and is ready to leave and join any championship-caliber roster. When the franchise loses its top players and James Harden, who is considered to be one of the best NBA players, demands to leave Houston on almost any terms, it shows that the team is not going to succeed during the season. Without their superstar duo of Westbrook and Harden, the Rockets might get to the bottom of the League unless the situation suddenly changes for the better.

The NBA 2020 offseason is almost over and the pre-Christmas start of the 2020-21 season will show if the Pistons and the Rockets have great strategies to help them succeed during the season and if the Lakers’ preparations will help them to reach the Finals once again.