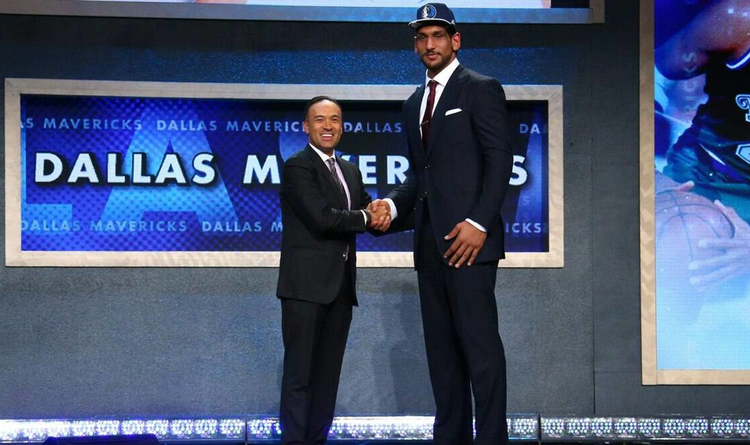 Satnam Singh Bhamara is one of the most famous Indian players, and he again got into the spotlight after failing a dope test in 2019 and being provisionally suspended by the National Anti-Doping Agency (NADA). The Agency announced the final decision on December 24, banning Satnam Singh for two years for using prohibited Higenamine Beta-2-Agonist.

Satnam Singh Bhamara, who has already taken a place of honor in the history of Indian basketball as the first professional athlete of Indian origin to play in the NBA and the National Basketball League of Canada, is on the news again after his scandalous failed doping test. The 7-foot-2-inch centre was at his peak of popularity in 2015 when he was selected 52nd in the NBA Draft. As Satnam was young and full of potential, he became a sensation because of his huge size and unique origin(the first Indian professional NBA player). He even got his own Netflix documentary film ‘One in a billion’ in 2017. Two years after the star moment of the 2015 NBA Draft Satnam Singh Bhamara was left with nothing when his contract with the Dallas Mavericks was not renewed and the team made a decision to continue moving forward and developing without Satnam. Even though he was a pioneer of the Indian basketball industry and one of the tallest athletes in the 2015 Draft, Satnam Singh himself admitted that he didn’t have the right talent to stay in the Mavericks’ NBA roster and said that the first 30 Draft picks usually have a real chance to stay with the League for a long period of time and become a real professional. After a one-year break in India Satnam Singh Bhamara joined the National Basketball League of Canada and signed a contract with St John’s Edge. Before getting into the center of the doping scandal, the 25-year-old player represented India in several important basketball events: 2018 Commonwealth Games, Asian Championships, and 2019 World Cup Qualifiers.

Satnam Singh’s secret was revealed during an out-of-competition test conducted in Bangalore during a preparatory camp for the South Asian Games. After the National Anti-Doping Agency had suspended the player on November 18, 2019, he requested the Agency for a hearing by its Anti-Doping Disciplinary Panel. NADA released the latest update on the hearing on December 24:

Any substance classified as a beta-2 agonist is prohibited both in and out-of-competition, that is why Satnam Singh Bhamara will face his 2-year ban till November 19, 2021(his ban started in 2019). After the end of the ban, Satnam Singh will have an opportunity to keep playing and continue his basketball journey.