Giannis Antetokounmpo will sign the biggest contract in NBA history 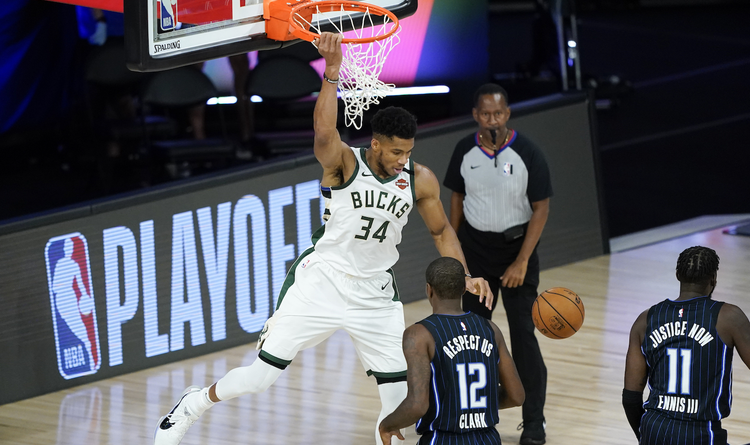 Giannis Antetokounmpo of the Milwaukee Bucks dunks during a game against the Orlando Magic. Ashley Landis-Pool/Getty Images

End of the rumors, Giannis Antetokounmpo will stay in Milwaukee and sign the largest deal the NBA has ever seen. The young superstar was reported to agree to a five-year, $228.2 million supermax extension with the Bucks who will keep their two-time MVP until at least 2026.

The upcoming 2020-21 NBA season is starting less than in a week and Giannis Antetokounmpo staying with the Milwaukee Bucks or leaving and choosing a new team was one of the biggest questions. Without any doubt, Giannis is one of the best NBA players at the moment. As the superstar is reaching his peak with 29.5 points per game, 13.6 rebounds, 5.6 assists, and two MVP awards in a row, there were some rumors that he might choose a more successful franchise. He is young and full of potential, Antetokounmpo will be among great athletes to change the League’s future. The Milwaukee Bucks had to keep their young superstar at any cost to stay on the list of potential NBA 2021 Champions. Giannis Antetokounmpo’s new contract was discussed long before its deadline date, the player had to make his decision before December 18. As a result, the Greek Freak will get not only a Disney movie this year, but he will also get the biggest NBA contract ever.

If the experts’ expectations are met and Giannis leads the Bucks to at least one title and get one more MVP within 5 years, Antetokounmpo might stay in Milwaukee for one more period. Forming a team around a player of this level is a reliable way to lead the franchise to the top lines of the tournament table and it might be exactly what the Bucks will do.