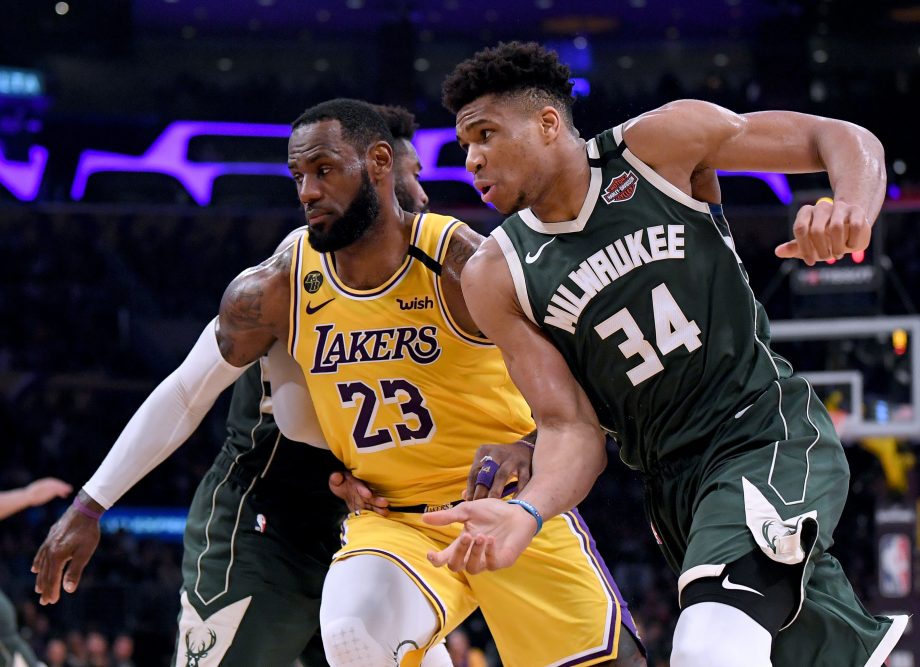 LeBron James of the Los Angeles Lakers and Giannis Antetokounmpo of the Milwaukee Bucks lead their teams during the NBA 2019-20 season game at Staples Center, March 6, 2020. The Lakers won 113-103. Harry How\Getty Images

Rumors are spreading: LeBron and Giannis, who seem to be the most obvious MVP candidates, are not going to get the award in 2020-21. Former Knicks’ and Rockets’ head coach Jeff Van Gundy explained why NBA scouts and executives voted that Luka Doncic is the most likely to become the MVP of the 2020-21 NBA season.

Doncic might become the youngest MVP in NBA history

Not a single NBA season has started without a huge amount of various rumors and predictions before its beginning. The upcoming season kicks off tomorrow, December 22, and there are some of the most discussed questions: who will become the 2021 NBA Champions, who will win Rookie of the Year, and who will become the MVP of the 2020-21 NBA season.

Superstar players are always followed by rumors, reporters, and scandals, that is why everyone is so interested in who is going to be the Most Valuable Player this year. Even though LeBron James and Giannis Antetokounmpo seem to be the most obvious candidates, NBA scouts and executives voted that Luka Doncic is the most likely to become the MVP of the 2020-21 NBA season.

It is not a surprise that the “King” is going to be at least one of the top three players on the MVP list, he is turning 36 this year and keeps rising higher and higher, averaging 25.3 points, 7.8 rebounds, 10.2 assists and leading the LA Lakers to the NBA title in 2019-20. LeBron took second place in the MVP voting last year but the 2020-21 season won’t be the easiest one for him. James and his team had only two months between winning the Finals and starting the season on December 22, this is not enough time to fully recover and get in shape. Even though it is difficult to predict anything, LeBron James is not expected to get the MVP this year.

At the same time, there is the “Greek Freak”. After winning two MVP awards in a row and averaging 29.5 points, 13.6 rebounds and 5.6 assists in the 2019-20 NBA season, Giannis Antetokounmpo is obviously one of the best MVP 2021 candidates. But winning your third consecutive MVP award is quite difficult. The League has very strong connections with the media and the media might get tired of making Giannis the Most Valuable Player for the third time in a row. Antetokounmpo is with no doubt a unique athlete and one of the best NBA players, but he will have to really impress everyone to get another MVP award this year.

Eventually, NBA executives and scouts decided, that the young Slovenian star has the best chance of being awarded. Luka Doncic is believed to be the best young NBA player and is the youngest MVP in EuroLeague’s history. Averaging 28.8 points, 9.4 rebounds, 8.8 assists per game in 2019-20, Doncic might also become the youngest MVP in NBA history.

“Because he has the ball in his hands so much and Dallas is really good, I think he is gonna have the benefit of being a high usage player at a high level. Plus, they are going to win enough to get that type of recognition.”

Luka Doncic and the Dallas Mavericks are starting their 2020-21 season on December 23 and will face the Los Angeles Lakers on Christmas Day. Doncic meeting LeBron will show if the young superstar is ready to receive the award of the most famous league in the world.