Expert about LeBron’s new contract: “It’s the beginning of the end” 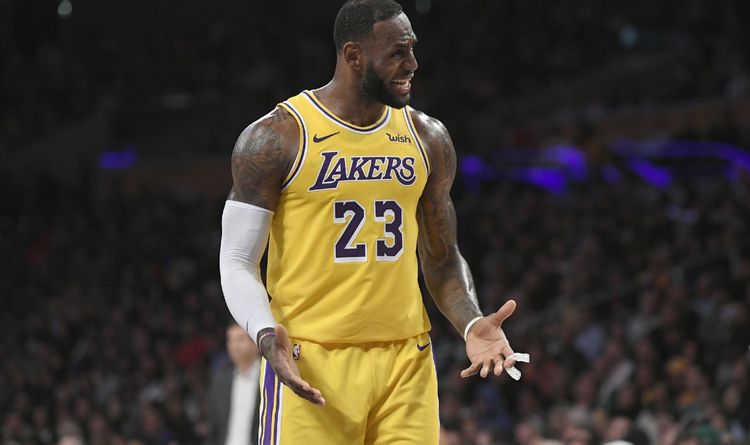 LeBron James led the Lakers to the NBA Title in 2020 and proved once again that he is one of the most talented players in the NBA. But being one of the best players ever means always being criticized and LeBron’s main critic Skip Bayless revealed his concerns and sadness about LeBron’s new contract with the Lakers.

LeBron James will earn $82 per minute

James has made more headlines lately than any other basketball player. Not only is he a great news source, but a wonderful player, loved by a huge amount of fans. Critics always come along with fans and LeBron’s main critic is Skip Bayless. Bayless, who became famous by criticizing every James’ victory and defeat, told about his bad feelings about LeBron’s new contract on his show “Skip and Shannon Undisputed“:

“All of a sudden I see LeBron’s exit strategy and truly from my heart it made me sad. Because it looked like you can see the end of the tunnel. You can see he opted for security, it is a high paid security and it felt like the beginning of the end. When he approaches 40 he is going to get done with this. He will end it as a Laker no issue with that.”

Skip Bayless added that he can not imagine the League without LeBron because he is the most interesting man in the world. But The King doesn’t show any willingness to leave, the Los Angeles Lakers offered LeBron James a truly unique contract. The 35-year-old superstar got a 2-year, $85.7 million max contract extension. Since LeBron’s talent led the Lakers to the 2019-20 NBA Finals, the franchise needs James to stay as long as possible to defend the title and they are ready to pay as much as their star wants. The new contact will provide LeBron with stability and great money incomes. The player will earn $82 per minute and will have an option to become a free agent in 2023 and decide his further path. James is expected to keep playing shoulder to shoulder with Anthony Davis, who signed a new contract to stay in Los Angeles for five more years and will be able to opt out in 2023. At the same time, LeBron wants to play in one team with his son LeBron ‘Bronny’ James Jr., who is expected to join the 2023 NBA Draft.

Considering all the facts, concerns about LeBron’s departure from the NBA in 2023 seem unfounded. The King of the NBA is likely to stay for several more seasons to play with Bronny and is expected to get at least one more title.