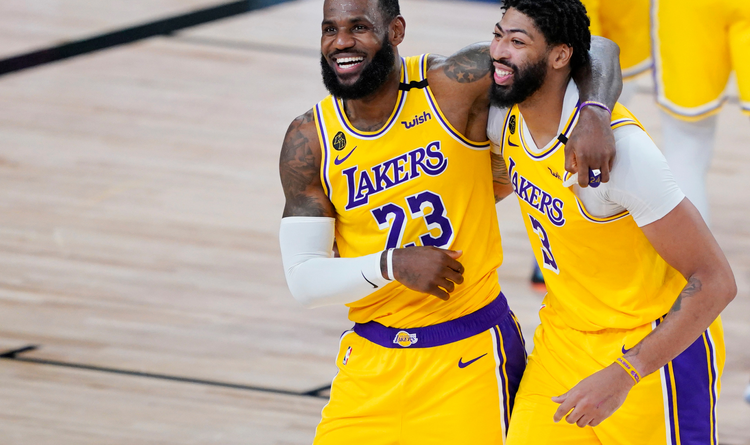 James and Davis are a truly unique duo

The 2020-21 NBA season is starting less than in two weeks and ESPN revealed its annual Top 100 NBA players. However, some experts are not satisfied with the announced results. Skip Bayless explained why LeBron James and Anthony Davis are not supposed to be No. 1 and No. 2 on the list.

The 2019-20 season was undoubtedly one of the most unusual seasons in NBA history. With games postponed, with no fans, and with half of the season held in a bubble environment, every NBA athlete had to play in this new and unexpected situation. ESPN analyzed this difficult season to make its annual list of Top 100 NBA players. Even though every year there are some players ranked lower or higher than they should be, the latest results surprised many fans and sparked controversy among experts. The most talked-about was the recently announced list of the 2019-20 season’s top 10 NBA players:

Skip Bayless is an analyst famous for attacking LeBron James for every possible reason and he could not pass by the news about LeBron called the best player of the 2019-20 NBA season. Bayless told on his Twitter and his show “Skip and Shannon Undisputed” that LeBron James and Anthony Davis are not supposed to be No. 1 and No. 2 on the list:

“This is just the end of the Lakers victory parade. Everybody is prisoner of the Bubble moment. I do not agree with ranking both LeBron & AD #1 and #2. To me you should be disqualified from being #1 if your teammate is #2. It’s very difficult to go 1,2 on the same team. They cancel each other out!”

It is with no doubt very unusual when two teammates become two best players of the season but James and Davis are a truly unique duo. Two superstar players have a great on-court connection, do not compete with each other on the floor and do not hamper each other’s game. Since both LeBron James and Anthony Davis got new contracts with the Lakers, their duo is expected to stay together and lead the team to one more title.