Anthony Davis about his new contract: “I have to think about the reality of things” 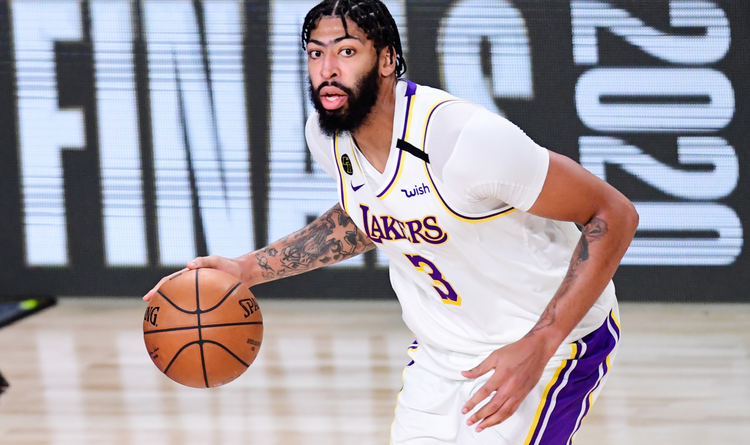 Anthony Davis played one of the decisive roles in the 2020 NBA Finals. Supporting LeBron James on the floor and helping the Lakers to win the title, Davis became a very important part of the roster and the biggest name on the NBA free agency list. After a huge amount of rumors and predictions, Davis finally signed a 5 year deal with the Lakers, delighting NBA fans.

Anthony Davis becoming a free agent was one of the most discussed topics after NBA free agency started on November 20. Since his great basketball skills and unique connection with LeBron James helped the Los Angeles Lakers to win the franchise’s 17th NBA championship, Anthony was expected to stay in LA and the biggest question was the length of the new contract that Davis would agree to. He was in no hurry to make a decision, that is why everyone could do nothing but guess what the final deal might be like. Waiting as long as possible was a smart financial move that allowed Davis to sign the best contact. Eventually, the superstar made an unexpected decision and signed a five-year, $190 million deal. Davis told about choosing the lengthiest contract he possibly could during a video conference on December 4:

“That could have been a two-year, three-year deal. But I have to think about, also, the reality of things, too. I do have a little history with injuries, and a two-year deal, you kind of bet on yourself. … God forbid, knock on wood, something happens.”

Financial security is very important for Davis, who had to deal with shoulder and tailbone injuries during the 2019-20 NBA season and even had an undisclosed ankle injury right before Game 6 of the last NBA Finals.

Davis chose to secure the most amount of years possible and stay with the Lakers as long as he can. The Brow will have an opportunity to opt out together with LeBron after 2023, these two superstar players are incredibly effective as a duo and everyone expects them to stick together and continue playing shoulder to shoulder.

Obviously, franchise managers see potential in Davis and are happy to keep him for several more years, Lakers coach Frank Vogel expects the superstar to get an MVP award very soon. Hopefully, Anthony Davis will recover from his injuries and show his best after the upcoming season starts on December 22.