SaarLorLux Open: Malvika Bansod knocked out in the opening round 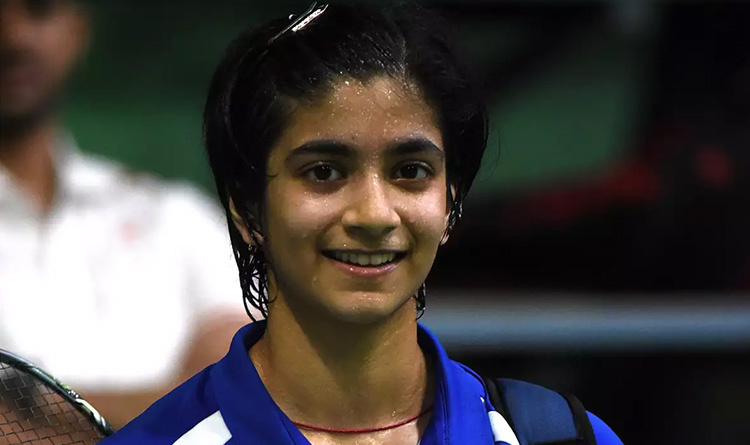 The SaarLorLux Open 2020 started on 27th October, Tuesday. In the opening round of the Super 100 tournament, the Indian shuttler Malvika Bansod faced Kristin Kuuba of Estonia and lost 12-21 19-21 in a match that lasted a little over half an hour.

Malvika played her first match post-lockdown and lost 12-21 19-21 to Kristin.

The Indian player’s campaign in the SaarLorLux Open came to an end in the opening round only. It was her first match after the long Coronavirus-forced break. In the opening game, Malkvika was no match for Kristin as she broke out with a solid lead of 11-4 at the break and kept pushing forward, and maintained a steady lead to snatch the game.

However, in the second game, Malvika battled hard and got herself at 10-11 at the interval. Malkvila continued attacking and kept Kristin on the edge while stealing five points to maintain the lead. The five-year senior Estonian player came back strong and leveled the match 19-19 and then eke out the remaining two points to close the game and win the match.

In the Men’s campaign for the tournament, the defending champion Lakshya Sen and Subhankar Dey, the 2018 champion, got byes for their first round. On the other hand, the former world number 13 Ajay Jayaram registered a win with flying colors in his opening match. He defeated Maxime Moreels from Belgium 21-8, 21-8, in a 19 minutes match. However, the three players are currently isolated in Saarbrucken after Lakhsya Sen’s father was tested positive for Covid-19 in Frankfurt during the pre-tournament screening.

The 19-year-old player will next appear in the upcoming Uber Cup as she was included in the Indian team alongside PV Sindhu and Saina Nehwal.