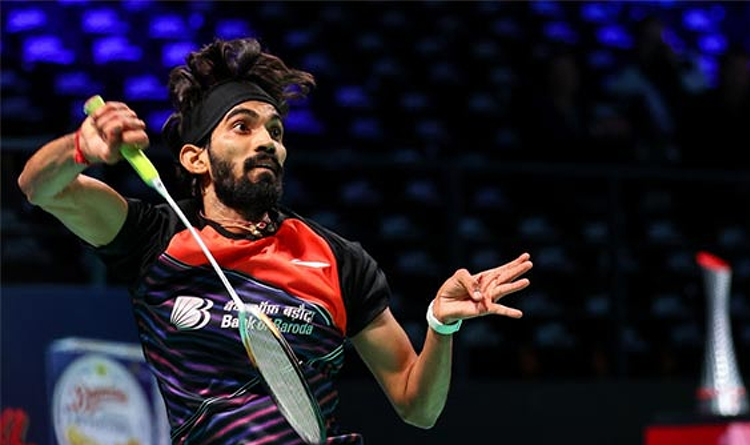 The former world No. one in his conquest of winning the title again overpowered Toby Penty In his opening match of the Denmark Open. Srikanth gave India’s campaign a promising start along with Lakshya Sen, who won against Christo Popov 21-9, 21-15 in just 36 minutes in his first round.

The USD 750,000 Denmark Open Super 750 event is the sole badminton tournament that marked the resumption of International badminton this year. After many important players like PV Sindhu and Saina Nehwal have pulled out and being postponed for seven months, the Super 750 event finally started on October 13.

India’s Kidambi Srikanth, the title winner of 2017, made his intentions clear in the first round with his power-packed performance. The former world no. 1 kept the game’s duration short and finished the job in just 37 minutes.

The Thomas Cup and Uber Cup were supposed to be the resumption of international badminton, but with many countries pulling out due to the Covid-19 pandemic, the Badminton World Federation had to postpone the events and also canceled the Denmark Masters. The two Asian Legs and the World Tour Finals are scheduled to be organized in Bangkok next year in January.