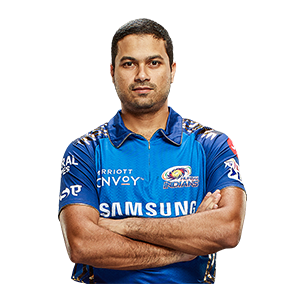 Aditya Prakash Tare is an Indian cricketer, was born on 7 November 1987 in Mumbai, Maharashtra. He is a right-handed batsman known for his amazing shots down the order. The player keeps the potential to shape his game according to the situation which persists.

Aditya made his List-A debut against Baroda on 27 February 2008. Tare soon made his T20 debut for his side Baroda during Syed Ali Mushtaq Trophy in 2009. He could not play the 2010-11 Ranji Trophy due to injuries but made an amazing comeback in the next season and became the second-highest run-getter for Mumbai.

Aditya played for Mumbai Indians during the title winnings campaigns in 2013 and 2015. After hitting the crucial six against Rajasthan Royals in the seventh season of the Indian Premier League, he became famous, which helped MI secure a place in the last four. In IPL 2016, Sunrisers Hyderabad bought Aditya, and in 2017, he was picked by Delhi Daredevils (now Delhi Capitals).

Tare belongs to the fishing community of Palghar, a district in Mumbai. He played for Mumbai in most age divisions and took the captaincy in under-19 and under-22 games. He is popularly known for hitting six off the last ball of James Faulkner and helped Mumbai Indians to reach playoffs.